“I watch Downton Abbey,” this writer’s brother unreservedly admits. This is no delicate man; he is married, owns much property and is a busy, Senior Engineer in aerospace. It seems, the audience is far wider than I was aware.

The British television series has captured the hearts of millions, not the least of which, the British, Scottish and Irish, here in the wedge and especially in Perth. 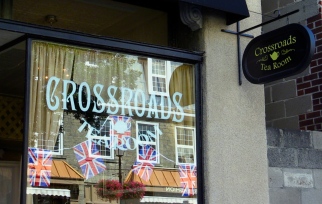 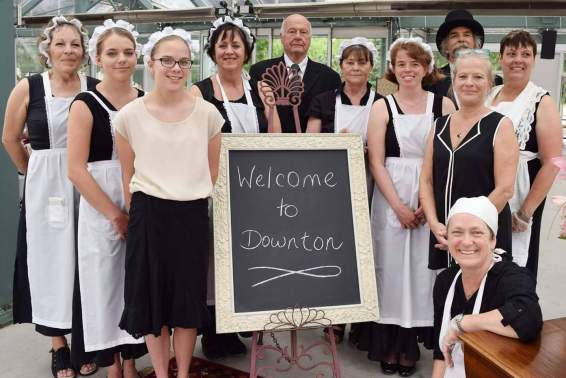 Authentic ‘high tea’, fresh scones, Devon cream and preserves, is a daily ritual at the Crossroads. It is also where memories of the series erupt in conversation regularly. At present, the tea room is for sale; it will change hands soon. McKenna aims to reduce her workload; but, will stay in “the food business” nearby.

“I was very sad when I heard it was going to end,” McKenna emotes.

Alas! Downton Abbey ended with its final Series 6 in 2015.  This decision orphaned millions of viewers around the globe, separating them from their imaginary family and friends.

I can enter any establishment and say, “Downton Abbey,” and strangers will immediately rapture about Lady Mary, Mr. Bates, Mrs. Hughes, Carson, their favorite characters, their plights and good fortune. It seems an odd rite of passage from reality to reverie.

Sir John A. MacDonald penned much of Canada’s constitution in 1866 at Highclere Castle, the proper name of the Downton Abbey site, Hampshire, U.K. Lord Carnarvon, Minister in charge of British colonies and Lord of the country house, evidently had a hand in the history of our nation.

Today, the castle is the home of Lady Carnarvon. I am reminded of supercilious Lady Mary saying, “Our people inherit, your people buy.” The class divide was the heart of conflict throughout the series; this makes for good drama.

“What is a weekend?”, the dowager Countess of Grantham asks as they dine with Matthew Crawley, a middle-class, “country solicitor”, and distant cousin of Lord Grantham. The ruling class simply did not have “jobs” or work–this was beneath them. They did not lift a hand to dress or undress themselves; ladies’ maids and valets were essential hires. This is an awakening to many viewers not privy to the aristocracy’s mindset.

British inheritance laws in the edicts of the infamous ‘entail’, were discriminating by today’s standards. Daughters could not inherit, only sons, or males next-in-line. Marrying Lady Mary to the recipient of the entail would keep the money in the dynasty. This was the undermining theme throughout the series.

It may seem an oxymoron to use the term ‘comedy’. But the dowager Countess and Mrs. Patmore, the cook, provided levity.

Often formal wear would ‘disappear’ and Grantham men appeared in dinner jackets instead of formal tails and white ties. The dowager and family where aghast! I almost spit my tea, when the dowager tapped her son’s chest (Lord Grantham) requesting a drink, saying, “O! I’m sorry I thought you were a waiter.” By some ruse, his formal habit had disappeared. To the aristocracy tradition, appearances, were essential.

The series is available in DVD box sets and also on Netflix. The Crossroads would have been the next best thing; but, it is fully booked. Maybe Monday…

McKenna is considering an encore with another Downton event this Summer in Perth. I would dress up as Mr. Bates, the paragon of virtue in the tale; but, being a woman I will settle on Mrs. Hughes. Or maybe I’ll just wear a towering wide-brim hat as I shoot pictures and capture words. 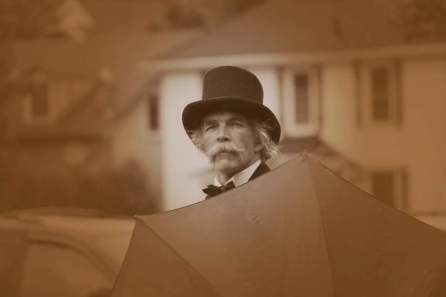 COPYRIGHT: Be kind and share with the social buttons below.  If you wish to post our headline, first paragraph and feature photo AND link to the rest of our story you are welcome to do so.