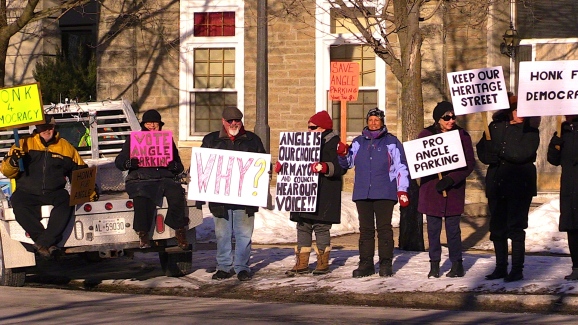 Locals, citizens and business owners, flank both sides of Beckwith Street with placards, bullhorns and shouts mere feet from municipal buildings at the onset of council meetings. Cars honk their horns almost without cease passing through in a show of support for the message.

“We are not going away!,” the business owner with the bullhorn howled.

You could not hold a conversation.

Smithsfallians are angry, livid to a froth, in response to the newly elected council’s reversal of the last council’s vote to maintain angled parking on Beckwith in its revitalization. A petition signed by citizens and those who shop and dine primarily in Smiths Falls is said to number over 1,800–this number in market research would be sufficient to reflect the town’s position at better than plus or minus 1% accuracy.

“Smiths Falls is more united than ever,” states Karen Salter who spearheaded the movement in a Facebook campaign . The group will meet this Sunday at the Legion to discuss a plan of action. She is clear that she does not want the town divided, but rather openly reviewing the plans armed with the facts.

There had been a well attended public meeting in 2018 on the matter of this historic road, the widest in Ontario. The consensus favored angled parking and not parallel parking and bike lanes.

That’s all history now. Shovels go into the ground this May according to Mayor Shawn Pankow with his vision of Beckwith, “Complete Street.” In our conversations, it appears the street design stems from the theology of “climate change” which he mentioned often.

The Mayor spoke of Smiths Falls’ large senior population “downsizing and making way for a younger population coming from Tweed.” He spoke of autonomous vehicles picking-up and delivering multiple passengers to their destination for a fee–no need for a private vehicle. I appreciated his openness–even in regard to his own vehicle, Tesla, as pricey and not viable in the near future.

Pankow then suggested I watch Tony Seba’s video to understand his mindset.

Complete Street is more than a plan designed by Parsons, a U.S. engineering company that specializes in defense, cybersecurity and smart cities. It is a living paradigm shift, far from the old and even the now. Let’s call it Stage 1 i.e. prepping for AVs and diminishing number of cars–driving and parked.

Parsons is also global and located in Canada. Here is a video of their work in Toronto. This is the same company on the drawings for Beckwith Street.

Is Smiths Falls a test market for a futurist model of cities and towns re-engineered to meet new global edicts about living more compactly and frugally? 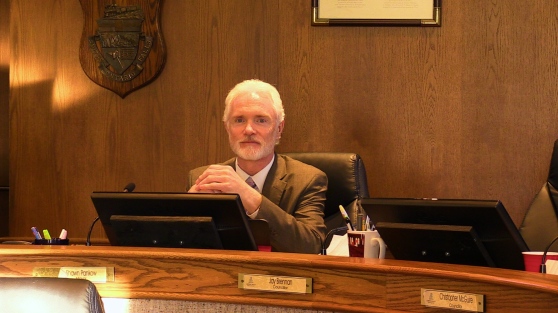 In April 2018, OGRA (Ontario Good Roads Association) presented to Smiths Falls council by way of a letter read by its CAO requesting a resolution to join an autonomous vehicle experiment, a corridor from Windsor to Ottawa. The resolution passed. AVs were green-lighted.

“Sensors are going in the ground,” Mayor Pankow states, “into the pavement to assist with traffic lights.” The $933,000 funding received for digging, changing pipes and paving includes this technology.

“We are moving forward with our plans,” says Mayor Pankow.

The people feel angled parking is part of their heritage and evidently cherish it. 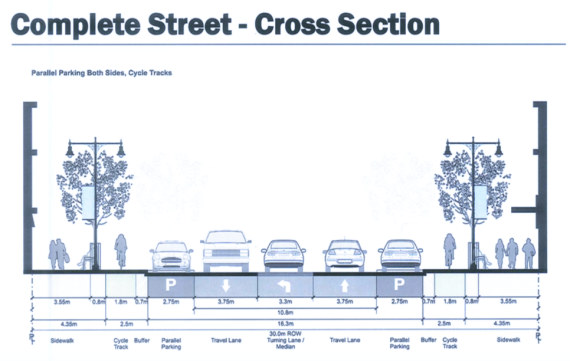 The vitriol is shifting toward cries about democracy on both sides. “This government is not listening to us,” one protestor seethed. “The people chose us to make decisions for them,” Pankow states.

That reversal thing without consultation with the people who elected them is not going quietly into the night it seems. Both sides need to review democracy, mandates and may have to go to the mattress.

This process of reversing promises, bills, acts, treaties, laws and regulations is not new. In Western democracies, it’s happening again and again. Simply, in Smiths Falls it is unfamiliar territory.

If they unite powerfully on angled parking–and trust–imagine what these people can achieve. 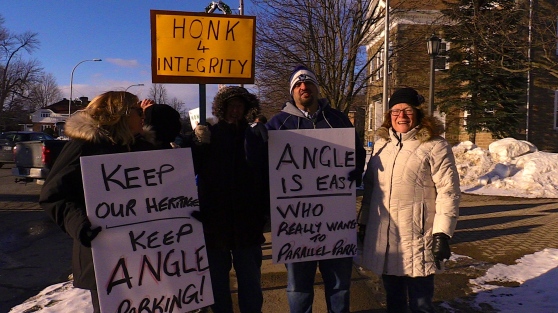 I believe this Council is doing all it can to obtain financing for the $5M-$5.7M work required to complete both phases over two years. Tenders go out to suppliers this March 11th. At the moment, only funding for below the ground has been raised and must be spent this year or lose it.

The last council had applied to the province last year and was rejected. There is no clarity as to why–yet. My opinion, the province, the Ministry of Transport through ” Connected Links,” is dictating how towns will be designed, bicycles, less vehicles and in Smiths Falls, preparation for autonomous vehicles.

This is a Council that is hamstrung by a larger agenda it seems–no untoward intentions. They need funding. Full stop.

It’s time to share the details with the townies and win a consensus with transparency.

NOTICE OF MEETING : There is also a public meeting on Strategic Plans for 2019-2022 being held on Thursday, March 7 at 7pm, at the Community Centre.

STAY-TUNED FOR MORE AND COMMENT by clicking the word button, top right of story. 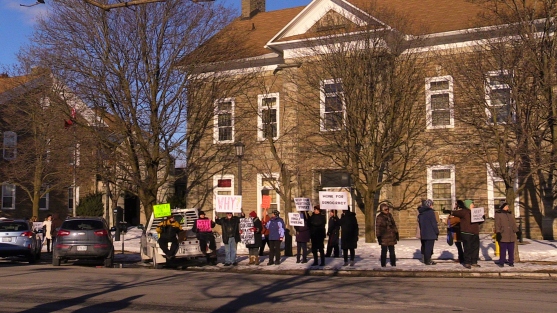 13 thoughts on ““The War Of The Roads” rages in Smiths Falls while revelations emerge.” 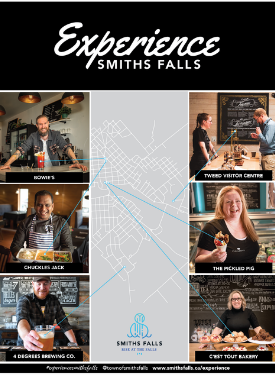