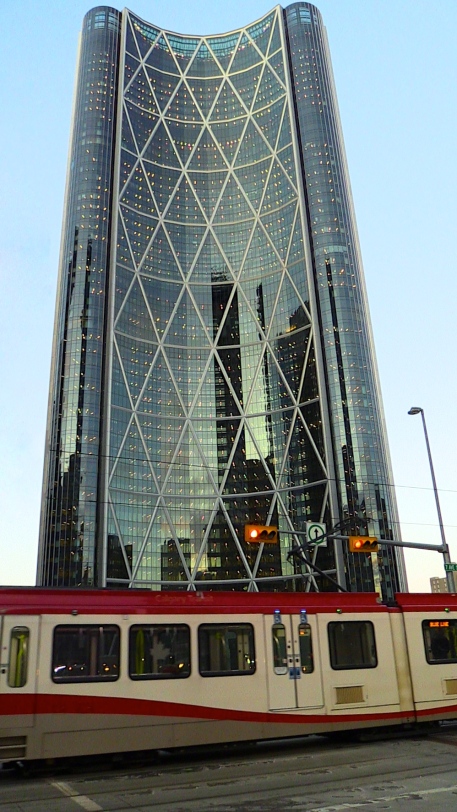 The Bow Building with the C train racing by, Downtown Calgary, Alberta, Canada PHOTO BY theWedge.LIVE

This writer has a pattern when exploring a new place. I begin at the centre and work my way out not unlike a fibonacci sequence.

The Bow Building downtown Calgary is that centrepoint.

The Bow is visible from afar and awe inspiring up close. It is arguably the tallest building outside of Toronto in our nation.

The 58-floor tower was built by Encana and sold years before its 2012 completion to H & R Reit, one of Canada’s largest real estate investment trusts. The Bow is steeped in controversy, but there is no denying its aesthetic eminence in Calgary.

The horseshoe shape of the building is culturally germane, but it helps deal with the wind patterns notorious to the region.

There is a lesser known character lurking on its grounds.

The Tree Hugger sits 24/7 embracing a tree. His nakedness is muddled by a covering of typography, names of leading cities in Alberta. The sculpted life-size figure on the reverse convex side of the building is the little cousin to the gargantuan head by the same artist at the convex side at the main entrance. 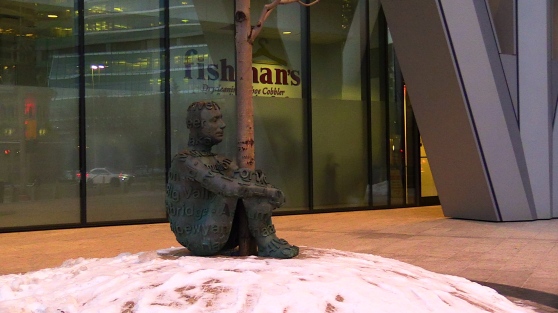 The Tree Hugger at far side of The Bow Building, Downtown Calgary, Alberta, Canada PHOTO BY theWedge.LIVE

“Wonderland” is a wiry sculpture by Jaume Plensa, an artist who hails from Barcelona. Many muse the sculpted head is that of a young girl perhaps that of the mythical Alice (of Wonderland.). The head topping at 12 metres, is a streetscape you cannot miss in Downtown Calgary. Is it perhaps the largest head sculpture in the world.

It is a magnificent statement about the city’s artistic leanings.

Plensa has sculpted many heads of scale the world over and in different media. Wonderland could be his largest. You can get inside her head through two doorways and imagine your own wonderland. Or view the skyscrapers through its mesh media.

During day she looms bright and white, but at night she is lit and ghostly. 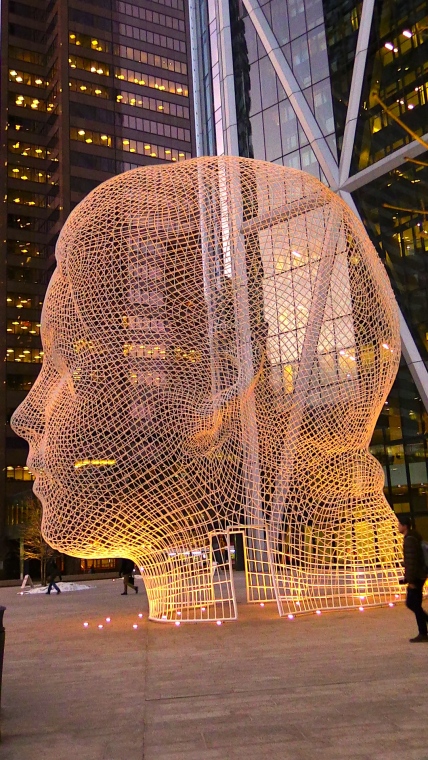 “Wonderland” a sculpture by Jaume Plensa at the entrance of The Bow Building, Downtown Calgary, Alberta, Canada PHOTO BY theWedge.LIVE 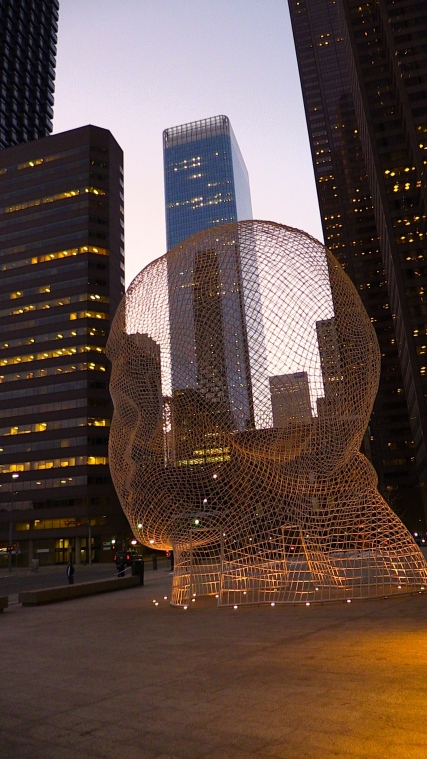 “Wonderland” a sculpture by Jaume Plensa at the entrance of The Bow Building, Brookfield Place visible through the work. Downtown Calgary, Alberta, Canada PHOTO BY theWedge.LIVE

On the next block, “Telus Sky” now complete in its twisted form is a refreshing departure from the usual angular form. It too draws all eyes to itself.

It’s perfect from an Alice in Wonderland vantage point. Peculiar yet fantastic. 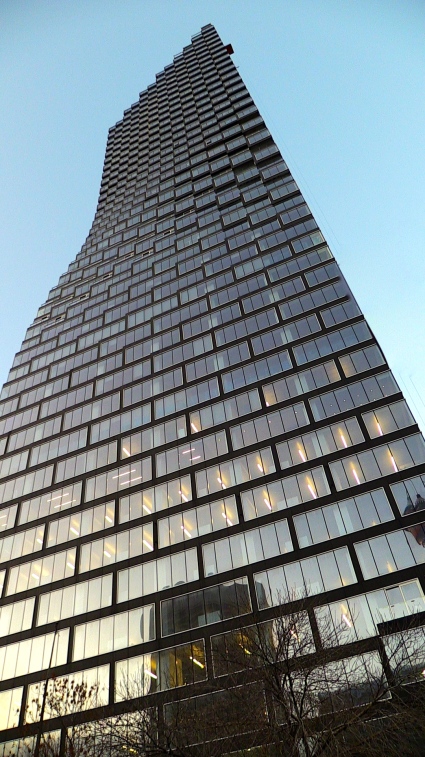 As I traveled the Plus 15 (suspended indoor walkway through downtown) circling The Bow, my lens landed on the Calgary Observation Tower strutting its light show at dusk. This old charmer was erected in 1967 to celebrate Canada’s centennial. It peeks out from many views of downtown holding its own as a photo-worthy structure. 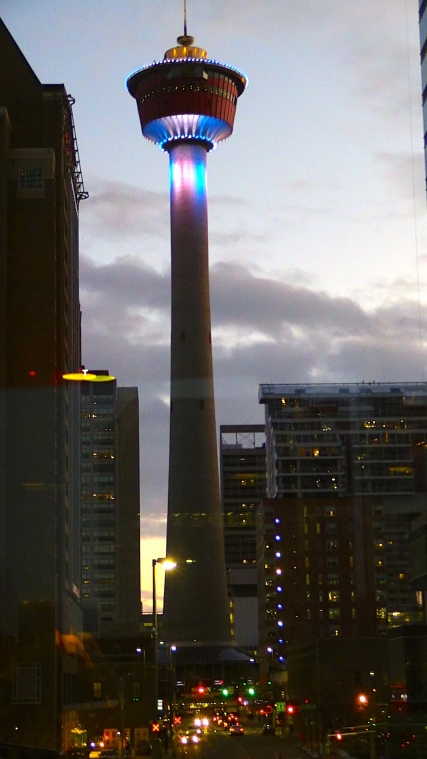 As I traveled further on Plus 15 I crossed a magnificent food court at the base of the Suncor Energy Centre, a building where a plane “hovers” overhead. The Wedge recommends a stop here to rest your feet and choose from a wide selection of food vendors. The scale, height and din of this special place is unlike any food court in Canada. 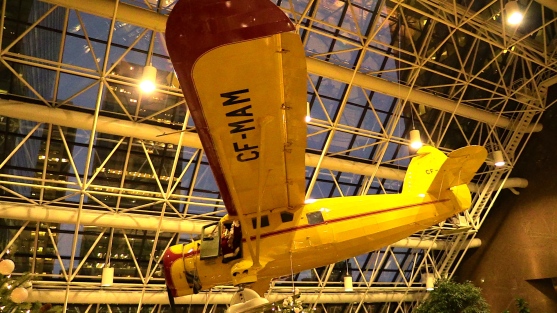 When visiting Calgary, The Bow and its neighbors are a must see among others on a hot checklist. If you are on the C-train (free downtown), get off at Centre St. and look up.